Posted on January 29 2012 by Global Transition 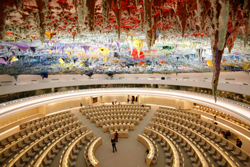 Could an Intergovernmental Panel on Global Sustainability provide the scientific leadership, coordination and infrastructure the UN needs asks Owen Gaffney from the Geosphere-Biosphere Programme

Despite political rhetoric and two decades of international agreements, genuine sustainable development remains as elusive as ever.

Gro Harlem Brundtland’s commission defined sustainable development as development that “meets the needs of the present without compromising the ability of future generations to meet their own needs.” From this foundation the 1992 Rio Earth Summit erected three pillars: economic, social, and environmental. Unwittingly, this model has served to sever the global environment from other developmental concerns contributing to environmental policy failures.

Global challenges, from poverty eradication and fisheries depletion to climate change and the financial crisis, are interconnected and interdependent. Two decades of research has highlighted the tight coupling between the Earth system and the socio-economic system. Indeed, there is ample evidence that the global socio-economic system is now the major driver of change at the planetary level. Humanity has the strength and power of geological forces such as ice ages or a meteorite impact, leading scientists to argue we have entered a new geological epoch, the Anthropocene.

Without urgent action many societies can expect prolonged droughts, spreading dust-bowls, sea level rise, and extreme events. We are taking the Earth system close to thresholds. Increasingly, this will affect economic, and political stability, whilst raising the cost of improving human wellbeing.

It has been questioned whether the UN is fit to address these challenges. One recognised failure of the institution is the fragmented and often weak international science-policy interface. It is striking that no independent, impartial scientific assessment of global sustainability exists. A strong science-policy interface that has the freedom and flexibility to connect the dots, propose solutions and sound alarm bells on emerging issues is required.

Rio+20 provides a once-in-a-generation opportunity to significantly improve coordination and coherence of the science-policy interface at the international level. Concrete proposals, however, remain thin on the ground.

One possible solution for combatting fragmentation is an Intergovernmental Panel on Global Sustainability. Such a panel would focus on risks and solutions and produce a state-of-the-planet assessment that includes social, economic and political dimensions. A new panel on global sustainability could be complemented by the appointment of a Chief Scientific Advisor to the UN working directly beneath the Secretary General. This package would create the scientific leadership, vision, and infrastructure the UN desperately needs.

It would be a mistake to ghettoise such a sustainability panel by parking it beneath an environmental arm of the UN system. A new panel must truly work across the entire UN. To be successful it must have a broad sponsor base that includes international financial institutions (IMF, World Trade Organization, and World Bank). A natural home could be the newly-proposed UN Sustainable Development Council. It is important that the panel adopts the term ‘global sustainability’ rather than ‘sustainable development’ to indicate the problem is not restricted to developing nations: all nations have a duty to work towards global sustainability.

But is assessment proliferation useful? It risks further fragmenting the science precisely at a time scientists are arguing for coherency. An Intergovernmental Panel on Global Sustainability will not compete or negate existing assessments. On the contrary it will bind them together maximising their effectiveness.

If the motivation can be found for such a panel, then the timing is good. Indeed, we may see history repeat itself. In 1988, Swedish academic Bert Bolin and colleagues set up the IPCC to assess climate. It followed naturally from two influential international research programmes initiated in the seventies and eighties by the far-sighted Bolin: the World Climate Research Programme and the International Geosphere-Biosphere Programme. Bolin argued that a distinction between the science and the science-policy was essential. These programmes were set up to do the science; IPCC assessed it.

Now a consortium of leading international organisations is pushing for a realignment of the four large international research programmes (WCRP, IGBP, DIVERSITAS, International Human Dimensions Programme on Global Environmental Change). The consortium wants to steer these programmes towards a ten-year focus on Earth-system sustainability, entitled Future Earth. 2012 will see the launch of Future Earth. If this is to be as successful as its predecessors, it will need an international policy focus to bring together the new knowledge generated. A new panel could provide this focus.