Posted on March 9 2012 by Victoria Johnson 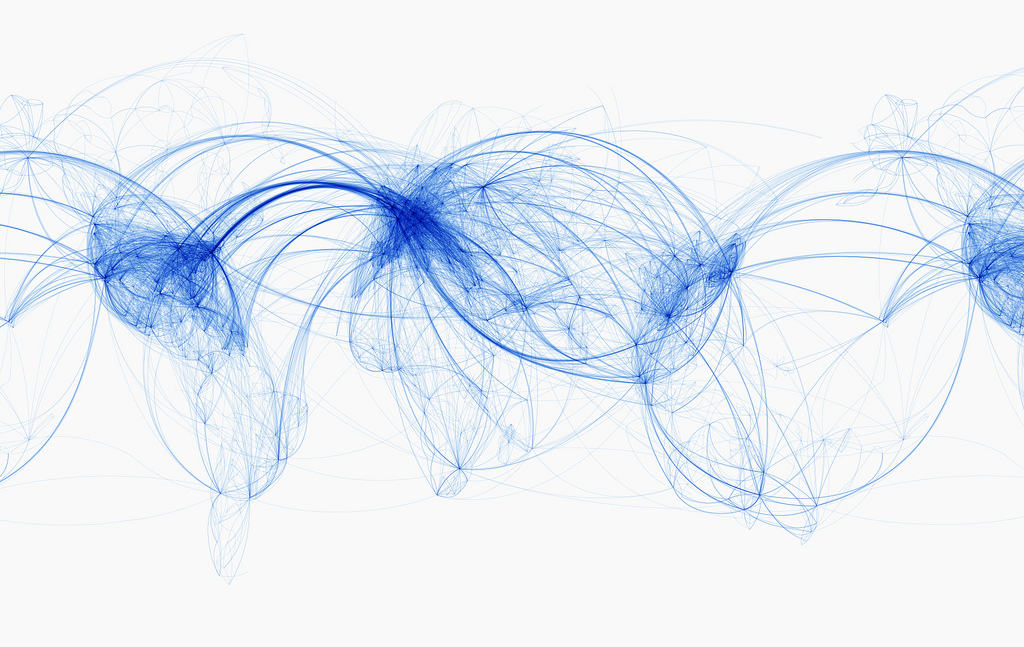 This month sees the launch of ATLAS, a project that makes space for us to consider the practical and ethical challenges presented by globalisation and global environmental change.

The ATLAS website and linked publication: ATLAS: Geography, Architecture and Change in an Interdependent World, (Black Dog Publishing 2012), offers a range of contributions that navigate the novel ethical and political questions of our current state of global interdependence between people, places and things, near and far, in both space and time.

The ATLAS aims to provide a rich and stimulating interdisciplinary resource, but with an ironic inflection that plays on the traditional claims of an atlas to be ‘capturing the world’. It does not expect to provide a comprehensive or exhaustive reference guide to environmental change and globalisation, but instead invites contributors to participate in ‘making new maps for an island planet’.

The ATLAS brings together human geographers, architects and others in order to generate a diverse and nuanced account of the world we live in. It is a creative portal that shares new ideas about familiar terms and concepts. Together, the ATLAS entries  examine the potency and pitfalls of the term interdependence as a tool for exploring the shifting relations between the social and natural worlds and to question the responsibilities that are implied by new knowledge generated in these fields. You are encouraged to explore some of the assumptions, commitments, and languages that are drawn upon, whether in ethical reflections or in policy and public interventions regarding global processes, environmental and social change.

The ATLAS is based around contributions from people and organisations who have participated in events or publications arising out of the Interdependence Day (ID) project.

The Interdependence Day project is a joint initiative by members of the Open University (Geography), nef (new economics foundation) and University of Sheffield (Architecture). A seminar series that informed the project was funded by the ESRC/NERC, and one of the Interdependence Reports was supported by the Geographical Association. The OU’s Open Space Research Centre and Geography departments have also supported the work.

Since the launch of the Interdependence Day project in 2006 our activities have included the following:

Interdependence Day 2006 and Interdependence Day 2007. At a time when public events on policy/academic/political themes struggle to attract attention both of the ID public events attracted around 350 participants. We experimented with a novel mix of arts and performance, live radio broadcasts (BBC R4 Material World, 2006, 2007), talks, debates, small group discussions and drop in workshops. The Bigger Picture event in 2009, designed around the previous ID events, attracted a capacity crowd of over 1000.

The UK Interdependence Report 2006, Chinadependence 2007, The Consumption Explosion 2009 (nef new economics foundation/Open University). More than 7.5 million Britons engaged with the material in the first ID report 2006 and the then Secretary of State for Development, Hilary Benn described it as essential reading for his staff. We have worked with the Geographical Association in order to support the use of the reports in schools.

Do Good Lives Have to Cost the Earth? (Constable and Robinson, 2008) edited by Andrew Simms (nef) and Joe Smith (Open University); a popular book with contributions from Philip Pullman, David Cameron, Hilary Benn, Anita Roddick, Kevin McCloud among others.